The Power of Prioritization

The Power of Prioritization

I will state the obvious; your business should prioritize the most pressing business issues or concerns to address.

I will also state the obvious in how difficult that can be.

As a start-up company, you are constantly weighing the balance of jumping headfirst into the pool given your excitement about the future, or an opportunity presented to your company.   Your mind says you must do it now! However, carefully assessing the depth of that pool and sliding into it with measured and informed business insights and an agreed upon prioritization plan from your team makes all the difference.

Clearly, the organization’s staff and the group dynamics that are operating drive a culture of success, or that of closing the doors, but equally important is how the business determines the priorities that contribute to sustainability and health of the company.

This prioritization covers everything right from the beginning; capital investment decisions, on-boarding the right talent, what projects make the most sense to tackle, top expense and investment issues and the right partnerships that should drive exponential synergy in growth.

This leads to the constant battle of what is a SPRINT and what is a MARATHON, particularly in the building phase of the business, bringing it to market and driving momentum.

To determine how to address and survive that battle as an organization, developing and sticking to a prioritization plan has staying power, reduces distractions and keeps everyone focused on the end goal.  Short term and long-term objectives and the resulting projects and tactics should become apparent.

We know there is success in what we say, choose to tackle and give equal importance in choosing what we choose not to tackle as well.

By embracing your organization’s most pressing priorities, your company also embraces its success story and its power in the marketplace. 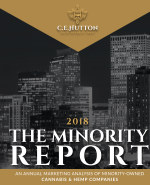